LiemersCollegeAward was conceived in October 2006 during a hike in Wales and was adapted from the successful Duke of Edinburgh's Award of 1956.  LCAward is for pupils of forms 3,4,5 and 6 of Liemers College. Pupils who would like to be awarded will have to excel in various fields, distinguishing themselves from the ordinary students at Liemers College.

LiemersCollegeAward's mission is comparable to the original mission of the ' Duke of Edinburgh' Award: offering a pleasant and challenging programme for young people to invest in their own development. Many organisations the world over recognize the importance of the Duke of Edingburgh' Award. Likewise, LCAward will be a recommendation in admission to universities and higher education, and will later in life support job applications.

"Young people are our future. Developing them to their full potential is a top priority. One practical way to develop this huge reservoir of talent is through participation in the Award." - Nelson Mandela

LiemersCollegeAward: an Adventure and a Challenge 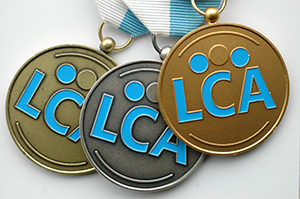 LiemersCollegeAward is an award given to ambitious youngsters who want to make the most of their lives by excelling in four fields:

They make their plans, execute them and distinguish themselves, doing exactly what fascinates them.

Plans are evaluated before execution. Plans executed as planned are basically awarded with the Bronze Medal. Supplementary effort in one of the four pillars may result in a Silver or even Gold Medal. The LCAward comes at the end of the school career.

Start in the third form, make and evaluate plan, contact:

J. van den Heuij [This email address is being protected from spambots. You need JavaScript enabled to view it.]

A. Koning [This email address is being protected from spambots. You need JavaScript enabled to view it.].